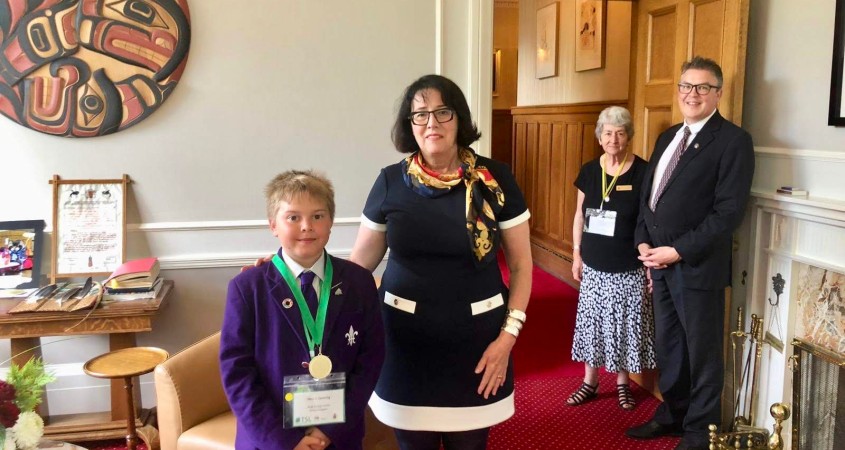 We had an excellent last 2 days of the debates and the conference!

During the Secondary Debates day, we had field trips. As it was foggy, I went to the Royal BC Museum with the debaters from Australia, Serbia and the Philippines where there was an amazing exhibit on indigenous languages, and a totally brilliant one on the ancient Mayans! I wish you could see it… (At least you could see it virtually here Royal BC Musem Maya: The Jaguar Rises). The First Nations displays were totally brilliant, maybe next year at King College School our History Trip could be to Canada.

In the evening, we went to a Marina on the Salish Sea, there was a piano by the water that was free for anyone to play, and it was all painted. I gave a small piano concert from my GR2 songs, and the Australian debaters played too, the Goodwill Ambassador for First Nations Child Author, a bestselling children’s book writer who is from the Cree and Salish Nations was meeting with us about the awards ceremony, so she came too.

Thursday was the last big day of the international schools debates, it was an international children’s conference chaired by an indigenous leader from the Songhees Nation, Dr Patrick Kelly. Her Honor the Lieutenant Governor was speaking and giving awards, and Dr David Suzuki, a famous conservationist, broadcaster and scientist gave the keynote.

I got up SUPER-early (not a problem, jet-lag of 9hrs) to write my Ambassador’s speech (see below or click here).

The TSL Ambassadors Award winners received Lt Governor’s Medals in front of everyone from the primary and secondary debates, and all the guests and speakers, which was totally amazing!!

We had a dialogue with a panel of international experts that included a young First Nations Leader and environmental economist (Tara Dawn Atleo, daughter of the Ahousaht Hereditary Chief and National Chief of Canada), a land conservation scientist (Dr Stephen Cornish), and a famous forest conservation expert (Dr Vicky Husband, founder of The Sierra Club). As primary debates Ambassador, I gave my speech about our discussions, focusing on all the ideas we had for things that we could do if government and citizens worked together to adopt new policies based on science to protect life on land, and being hopeful. I was asked by the experts about the upcoming global climate strike on 20-27 Sept, and I shared our plans in Cambridge UK to have evening candlelit vigils and to get all the community involved.

One of the last special events was the awards for the new first-ever First Nations Child Author in the UNESCO Voices of Future Generations Children’s Initiative. There was a tie for silver award between Sydnee who is from the Grand Rapids Cree Nation, and Bella who is Nisga’a Nation. Addy, who is Coast Salish, won, and her story is amazing. Jona gave the keynote speech to welcome them, chaired by the Goodwill Ambassador lady author. We had a special workshop under a totem pole in the gardens afterwards, with the new indigenous UNESCO child author and the child ambassadors and they were very, very happy to be part of the global network of children writing and speaking out for the UN Sustainable Development Goals.

All in all, it’s been an amazing 2019 TSL International Schools Debates and Children’s Conference on Sustainability this year, even though we missed having more people on our team. Next year the theme is partnerships (SDG 17) and it will be Oxford so hopefully there will be a very good delegation. I’m bringing both my medals from the debates and as Ambassador, home to King’s College School, and hope you will all be able to feel very happy about our School’s success.

PS – It turns out that my Grandad has a special medal like mine, awarded by the last Lt Governor for his lifetime service to culture and heritage protection in BC. It’s like a knighthood, which is both historical and wonderful. We took a picture together with our matching medals. 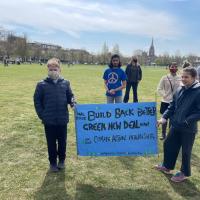 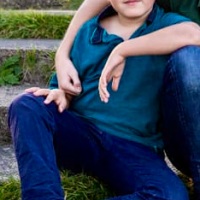 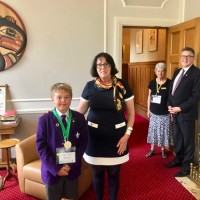 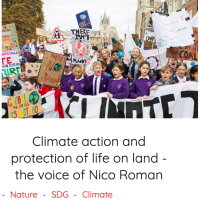